Our brilliant Always Be Comedy night has gone weekly for the summer season.

See Suzi Ruffell and Tony Law drop in to treat audiences to their latest material on Thursday 24th July.

He’ll be joined by Suzi Ruffell, one of the hottest comedy properties around.

‘This is what talent looks like before it hits big’ – says London Is Funny.

Still only £7! Come and check it out.

← The Tommyfield opens new hotel rooms
Save 7.5% on your bill on Wednesday 24th September → 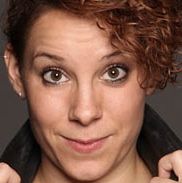