Always Be Comedy – Coming Back Soon

Our fantastic run of summer Edinburgh previews has come to an end and Always Be Comedy at The Tommyfield is taking a well-earned break for August.

Always Be Comedy will be returning to The Tommyfield on Thursday 5th September, kicking off its fortnightly run with talented rising star Iain Stirling headlining and support from Kelly Kingham, Mark Diamond, Tommy Rowson and Jimmy Bird! Book tickets to Always Be Comedy – 5th September

We are also excited to announce that we will launch a new monthly Always Be Comedy night at The Rosendale in West Dulwich on Thursday 26th September so spread the word, tell your Dulwich friends and get down there and support the launch event featuring James Acaster, Gemma Whelan (as Chastity Butterworth), Phil Wang, Matt Winning and Funmbi. Book tickets to Always Be Comedy – 26th September 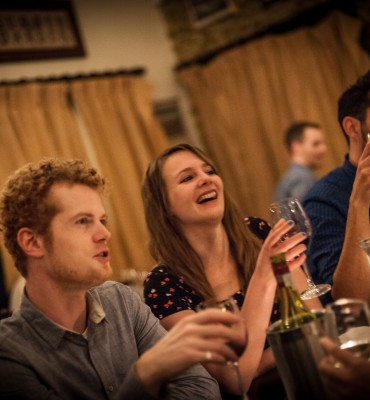