Award-winning Renaissance Pubs of South London is pledging its support to all those taking part in Walking Home For Christmas on 20th December – offering walkers free pints and a well-earned break.

Owners Tom Peake, Mark Reynolds and Nick Fox of the six esteemed inns which include The Abbeville, The Avalon and The Stonhouse in Clapham, The Bolingbroke in Battersea, The Rosendale in West Dulwich and The Tommyfield in Kennington are keen to support wounded British soldiers and have offered up free pints of beer at all six of their pubs to anyone taking part in the fundraiser. They will also be encouraging punters to get involved with the scheme.

Spread across south London from Dulwich to Battersea, Renaissance Pubs are ideally placed for a stop off and a quick drink for many walking routes out of the city, the Square Mile and central London. Those walking back from Canary Wharf and heading south can pitch up at the bar of The Rosendale West Dulwich, The Stonhouse (just off Clapham High Street) is ideally located for those making the stomp back from Oxford Circus whilst The Bolingbroke is easily located for those coming over Battersea Bridge.

About Walking Home For Christmas

Walking Home for Christmas is encouraging everyone to ditch their typical mode of transport and walk home from work on Friday 20th December to raise money for Walking With The Wounded, a charity that supports the thousands of ex-military personnel who struggle to get back into work.

Walking With The Wounded is a UK-based charity which funds both the re-training and re-education of wounded servicemen and women with the aim of helping them find long term employment after they have left the Armed Forces.

“We’re pleased to announce our support for Walking Home For Christmas and the efforts of all those walking home from work on Friday 20th December who are raising money for this important cause. We want to aid all those taking part by providing a free drink in warm surroundings and a chance for weary walkers to wet their whistles. We are the first pub group to support the scheme and we encourage more pubs to come on board and get involved as well. ”

← Calling All Eligible Young Bachelors!
Dine With Us On Christmas Day → 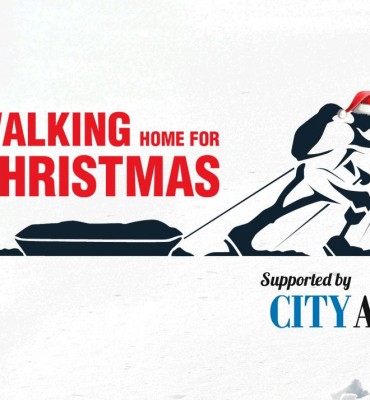