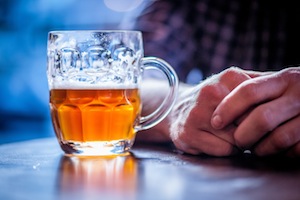 We thought, let’s have a beer festival to celebrate.

Now in its second year, The Avalon Beer Festival is a unique chance to try a host of new and original British brews, never before enjoyed together in one place.

Throughout the weekend, festival-goers will have the wonderful opportunity to meet and talk to the brew masters, enjoy some official beer tastings and feast on some fantastic street food as they soak up the last rays of the British sunshine in the beautiful garden at The Avalon.

This year, our artisan brewing friends are:

The Belleville Brewing Company  – a brand new microbrewery, brewing American style beers, over here, in London. They just might just change the way you think about US beers.

The Five Points Brewing Company – another independent local London brewer, Five Point fly the flag for beers from the Capital. Just over a year old, be the first of your friends to try their amazing ales.

Sambrooks – this Battersea brewer is responsible for the cracking Wandle Ale which you’ll know and love but have you tried all their other pints yet?

Timothy Taylor – champion beers with real pulling power, Timothy Taylor know everything there is to know about beer, so ask them!

No festival is complete without food. Tuck into the brand new beer-friendly Dirty Burger, the New York Frank and our Peri Peri Chicken from the alfresco grill.

All this for just £10 a ticket which includes three FREE pints or six halves. You’re actually saving money by buying a ticket! (Additional pints cost £4.) You can purchase tickets from the bar at any Renaissance Pub in advance. A limited number will be available on the day.