Tom Peake, Mark Reynolds and Nick Fox, co-owners of award-winning South West London pub group Renaissance Pubs, celebrate their tenth anniversary this May with the launch of their own beer, gin and wine and a chance for one lucky winner to win free food for a decade.

Childhood friends Tom, Mark and Nick have come a long way since opening their first pub, The Abbeville in Clapham in 2003. Today they also co-own and run The Avalon and The Stonhouse in Clapham, The Bolingbroke in Battersea, The Rosendale in West Dulwich and The Tommyfield in Kennington.

To celebrate this momentous coming of age, they have taken their six-pub stronghold a step further with the launch of their exclusive own-brand gin, beer and wine.

From 1 May 2013, visitors to all Renaissance Pubs will be able to sample London TEN Ale, TEN London Gin and TEN House Red & White and enjoy celebratory drinks and dining promotions, special events and parties throughout the year.

London TEN is a golden amber ale, crafted from a unique blend of British barley and British hops. Working closely with Sambrook’s Brewery of Battersea, Tom, Mark and Nick have selected a recently re-discovered hop, found growing in a hedge in an established hop garden in Kent, to form the basis of their ale. This gentle, floral aroma hop has been named Renaissance.

Along with the Renaissance hop, London TEN is made from a blend of First Gold, Challenger and WGV hops resulting in a wonderful English garden, botanical and Green Tea fragranced ale.

Handcrafted in small batches in small pot stills in Clapham, TEN London Gin is a creamy blend of British barley and wheat spirit. Made in the style of the original London Dry Gins of the nineteenth century, Tom, Mark and Nick have chosen a unique blend of 13 botanicals to make up TEN London Gin, infusing lime flower, juniper berries and cinnamon with traditional ingredients.

Keeping it local, the gin has been distilled and bottled with SW4 London Gin and Charles Maxwell of Thames Distillers.

Tom, Mark and Nick wanted to put their name to some great, affordable wines for a house selection across Renaissance Pubs. TEN House Red is an easy drinking, medium-bodied Barbera with aromas of ripe raspberries and plums, while TEN House White is made with Cortese grapes, resulting in a clean, crisp wine with hints of ripe grapefruit and lime.

Both grapes are cultivated in the Piemonte region of Italy and the wines have been chosen with the help of esteemed producer Claudio Manera of Araldica. 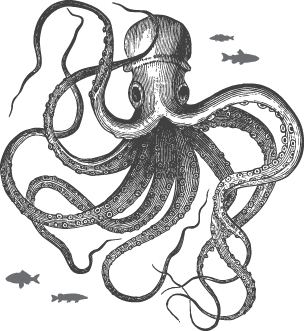